We are a house church network focused on spreading the gospel & making disciples, in accordance with Scripture 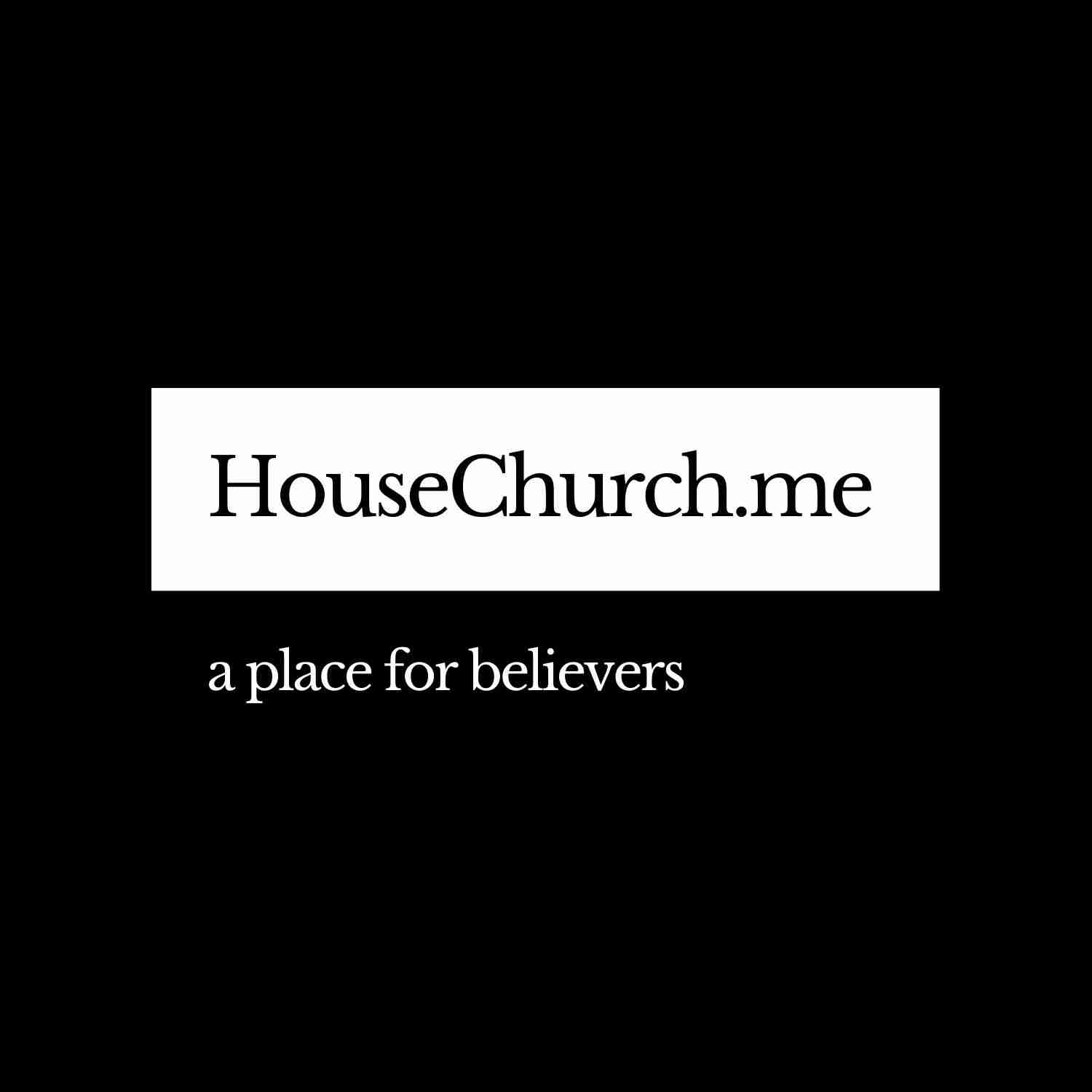 house churches in the bible

And to our beloved Apphia, and Archippus our fellowsoldier, and to the church in thy house:

Acts 5:42 KJV
And daily in the temple, and in every house, they ceased not to teach and preach Jesus Christ.

Acts 20:20 KJV
And how I kept back nothing that was profitable unto you, but have shewed you, and have taught you publicly, and from house to house,

Acts 2:46 KJV
And they, continuing daily with one accord in the temple, and breaking bread from house to house, did eat their meat with gladness and singleness of heart,

1 Corinthians 16:19 KJV
The churches of Asia salute you. Aquila and Priscilla salute you much in the Lord, with the church that is in their house.

Romans 16:5 KJV
Likewise greet the church that is in their house. Salute my well beloved Epaenetus, who is the firstfruits of Achaia unto Christ.

Acts 2:42 KJV
And they continued stedfastly in the apostles’ doctrine and fellowship, and in breaking of bread, and in prayers.

1 Corinthians 14:26 KJV
How is it then, brethren? when ye come together, every one of you hath a psalm, hath a doctrine, hath a tongue, hath a revelation, hath an interpretation. Let all things be done unto edifying.

Matthew 18:20 KJV
For where two or three are gathered together in my name, there am I in the midst of them.

Colossians 4:15 KJV
Salute the brethren which are in Laodicea, and Nymphas, and the church which is in his house.

Acts 2:2 KJV
And suddenly there came a sound from heaven as of a rushing mighty wind, and it filled all the house where they were sitting.

Romans 12:4-8 ESV
4 For as we have many members in one body, and all members have not the same office: 5 So we, being many, are one body in Christ, and every one members one of another. 6 Having then gifts differing according to the grace that is given to us, whether prophecy, let us prophesy according to the proportion of faith; 7 Or ministry, let us wait on our ministering: or he that teacheth, on teaching; 8 Or he that exhorteth, on exhortation: he that giveth, let him do it with simplicity; he that ruleth, with diligence; he that sheweth mercy, with cheerfulness.

Romans 16:1-27 KJV
1 I commend unto you Phebe our sister, which is a servant of the church which is at Cenchrea: 2 That ye receive her in the Lord, as becometh saints, and that ye assist her in whatsoever business she hath need of you: for she hath been a succourer of many, and of myself also. 3 Greet Priscilla and Aquila my helpers in Christ Jesus: 4 Who have for my life laid down their own necks: unto whom not only I give thanks, but also all the churches of the Gentiles. 5 Likewise greet the church that is in their house. Salute my wellbeloved Epaenetus, who is the firstfruits of Achaia unto Christ. 6 Greet Mary, who bestowed much labour on us. 7 Salute Andronicus and Junia, my kinsmen, and my fellowprisoners, who are of note among the apostles, who also were in Christ before me. 8 Greet Amplias my beloved in the Lord. 9 Salute Urbane, our helper in Christ, and Stachys my beloved. 10 Salute Apelles approved in Christ. Salute them which are of Aristobulus’ household. 11 Salute Herodion my kinsman. Greet them that be of the household of Narcissus, which are in the Lord. 12 Salute Tryphena and Tryphosa, who labour in the Lord. Salute the beloved Persis, which laboured much in the Lord. 13 Salute Rufus chosen in the Lord, and his mother and mine. 14 Salute Asyncritus, Phlegon, Hermas, Patrobas, Hermes, and the brethren which are with them. 15 Salute Philologus, and Julia, Nereus, and his sister, and Olympas, and all the saints which are with them. 16 Salute one another with an holy kiss. The churches of Christ salute you. 17 Now I beseech you, brethren, mark them which cause divisions and offences contrary to the doctrine which ye have learned; and avoid them. 18 For they that are such serve not our Lord Jesus Christ, but their own belly; and by good words and fair speeches deceive the hearts of the simple. 19 For your obedience is come abroad unto all men. I am glad therefore on your behalf: but yet I would have you wise unto that which is good, and simple concerning evil. 20 And the God of peace shall bruise Satan under your feet shortly. The grace of our Lord Jesus Christ be with you. Amen. 21 Timotheus my workfellow, and Lucius, and Jason, and Sosipater, my kinsmen, salute you. 22 I Tertius, who wrote this epistle, salute you in the Lord. 23 Gaius mine host, and of the whole church, saluteth you. Erastus the chamberlain of the city saluteth you, and Quartus a brother. 24 The grace of our Lord Jesus Christ be with you all. Amen. 25 Now to him that is of power to stablish you according to my gospel, and the preaching of Jesus Christ, according to the revelation of the mystery, which was kept secret since the world began, 26 But now is made manifest, and by the scriptures of the prophets, according to the commandment of the everlasting God, made known to all nations for the obedience of faith: 27 To God only wise, be glory through Jesus Christ for ever. Amen.

Titus 1:1-16 KJV
1 Paul, a servant of God, and an apostle of Jesus Christ, according to the faith of God’s elect, and the acknowledging of the truth which is after godliness; 2 In hope of eternal life, which God, that cannot lie, promised before the world began; 3 But hath in due times manifested his word through preaching, which is committed unto me according to the commandment of God our Saviour; 4 To Titus, mine own son after the common faith: Grace, mercy, and peace, from God the Father and the Lord Jesus Christ our Saviour. 5 For this cause left I thee in Crete, that thou shouldest set in order the things that are wanting, and ordain elders in every city, as I had appointed thee: 6 If any be blameless, the husband of one wife, having faithful children not accused of riot or unruly. 7 For a bishop must be blameless, as the steward of God; not selfwilled, not soon angry, not given to wine, no striker, not given to filthy lucre; 8 But a lover of hospitality, a lover of good men, sober, just, holy, temperate; 9 Holding fast the faithful word as he hath been taught, that he may be able by sound doctrine both to exhort and to convince the gainsayers. 10 For there are many unruly and vain talkers and deceivers, specially they of the circumcision: 11 Whose mouths must be stopped, who subvert whole houses, teaching things which they ought not, for filthy lucre’s sake. 12 One of themselves, even a prophet of their own, said, The Cretians are alway liars, evil beasts, slow bellies. 13 This witness is true. Wherefore rebuke them sharply, that they may be sound in the faith; 14 Not giving heed to Jewish fables, and commandments of men, that turn from the truth. 15 Unto the pure all things are pure: but unto them that are defiled and unbelieving is nothing pure; but even their mind and conscience is defiled. 16 They profess that they know God; but in works they deny him, being abominable, and disobedient, and unto every good work reprobate.

Sign up to get our latest e-newsletters and teachings

We believe the Book of Acts and New Testament letters are true Christianity. Early church meetings took place within home based churches throughout Jerusalem and the Roman Empire. And we believe church from home is still God’s blueprint for today: church at home with family and friends who are like-minded in the faith, growing together in Christ, and letting Him work in us.

“All authority in heaven and on earth has been given to me. Go, therefore, and make disciples of all nations, baptizing them in the name of the Father and of the Son and of the Holy Spirit, teaching them to observe all that I have commanded you.” –Matthew 28:18-17 ESV

“These signs will accompany those who have believed in My name: they will cast out demons, they will speak with new tongues; they will pick up serpents, and if they drink any deadly poison, it will not harm them; they will lay hands on the sick, and they will recover.” –Mark 16:17-18 NASB

“But you will receive power when the Holy Spirit has come upon you, and you will be my witnesses in Jerusalem, and in all Judea and Samaria, and to the farthest parts of the earth.” –Acts 1:8 NET

“And every day, in the [Jewish] temple and from house to house, they did not cease teaching and preaching Jesus as the Christ. –Acts 5:42 ESV